Why did I write the book?

My Software Architecture for Developers ebook is nearing completion, with a handful of remaining essays to be added and a final round of copyediting to be done. A few people have recently asked me what the inspiration was behind writing the book in the first place, so here you go... 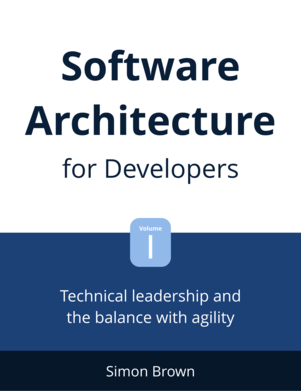 Like many people, I started my career as a software developer, taking instruction from my seniors and working with teams to deliver software systems. Over time, I started designing smaller pieces of software systems and eventually evolved into a position where I was performing what I now consider to be the software architecture role.

I've worked for software consulting organisations for the majority of my career, and this means that most of the projects that I've been involved with have resulted in software systems being built either for or with our customers. In order to scale an software consulting organisation, you need more people and more teams. And to create more teams, you need more software architects. And this leads me to why I wrote the book:

The book isn't about creating a new approach to software development, but it does seek to find a happy mid-point between the excessive up front thinking typical of traditional methods and the lack of any architecture thinking that often happens in software teams who are new to agile approaches. There is room for up front design and evolutionary architecture to coexist.