Do you have a terms of reference for the software architecture role?

Most teams don't ... but they should

Most of the roles that we associate with software development teams are relatively well understood ... developers, testers, ScrumMasters, Product Owners, business analysts, project managers, etc. The software architecture role? Not so much. I regularly ask software teams whether they have a defined terms of reference for the software architecture role and the usual answer is along the lines of "no" or "yes, but we don't use it". Often people working for the *same team* will answer the question differently.

Regardless of what you call it (e.g. architect, tech lead, etc), my advice is simple. If you don't have a shared understanding of the role, start by doing this for the role within your team. Here's a simple starting point for what the role could look like. The role is also described in my book and here on InfoQ.com. 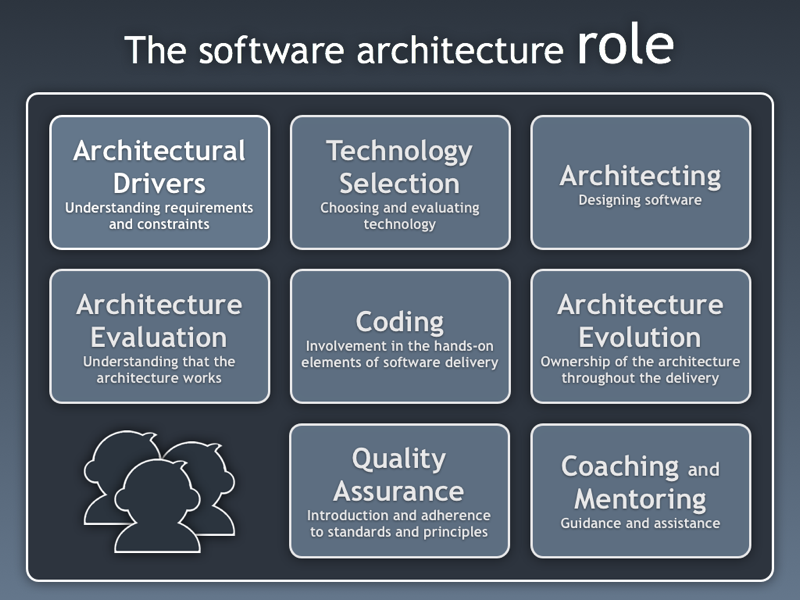 Another approach is to define it collaboratively using a workshop or game storming techniques. Here are some photos from a tutorial I did at QCcon London 2012 called "Are you a software architect?".

Make sure that you base any role definition on your own context to ground the role in reality. Then, once you understand what the role should look like on a team, you can start thinking about whether to achieve consistency across your organisation. This may or may not be necessary/desirable. 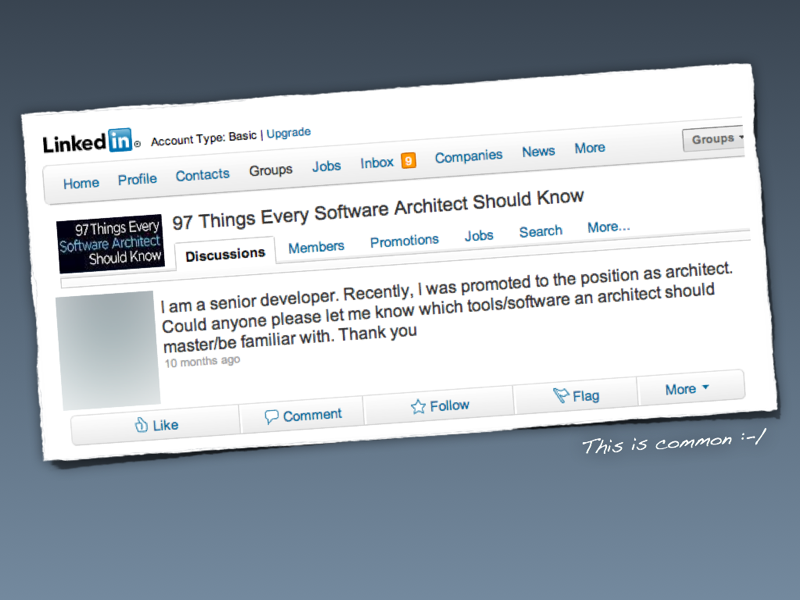 Creating a shared understanding of the role will help to avoid questions like this and situations where software architecture falls between the gaps.

Re: Do you have a terms of reference for the software architecture role?

Comment from Gene Hughson on 31 May 2013 13:09:06 BST #
Great post, Simon. The one thing I'd suggest is expanding the description of Architecture Evolution to read "Ownership of the architecture throughout the delivery/product lifecycle". For in-house IT (and ISVs, for that matter), a focus on the product versus the project is something I consider critical. The architect role is best positioned to plan for future changes that will be imposed on the product by its environment/major dependencies (OS, DBMS, etc.) in addition to those that will come from the evolution of the product's feature set.